Luke International South Africa started a partnership with regional institutions in Mthatha, East London in 2014. Mthatha is a town in the northern region of Eastern Cape, hometown to many famous South African freedom leaders such as Walter Sisulu, Bantu Holomisa, and Nelson Mandela.

During the period of July through to September 2014, IT team from the Bjorgaas Foundation under Luke International visited Mthatha and went on field trips to experience the routine of household data collection by the community health workers (CHW) in order to develop an Android cellphone application named Community Health Care Centre (CHC) and a web-based Mobile Health Information System (MHIS) to improve the quality and efficiency of the household health data collection process. The CHC application and MHIS are both customized to suit the need of the local community health worker and hospital needs.

Luke International conducted two pilot sessions of the CHC application, one in November 2014 and the second one in February 2015. Sessions of training were held before the field visits to households that are situated in rural areas. Many of the CHWs and their team leaders were present at the training sessions and were very impressed with the mobility and efficiency of the CHC application on smart phone device. There are several field trips to visit the households in rural part of the OR Tambo District of Mthatha in the Eastern Cape. Staff of Luke International was led by CHWs to various households to fill in household registration forms. During the household visits, the paper of the household registration forms were filled and at the same time the information was also entered into the mobile CHC application.

Feedback and review sessions were conducted after the household visits and the CHWs were given opportunities to comment on the advantages and disadvantages of the mobile device. The pilot session was a great success and many ideas were collected to further improve the CHC application for future pilot sessions.

During the second pilot field trip, visits were conducted in Lower Ngqwarha area of the OR Tambo District near Mthatha and due to the improvement made on the CHC application, the CHWs carried out the registration with lesser time than expected. 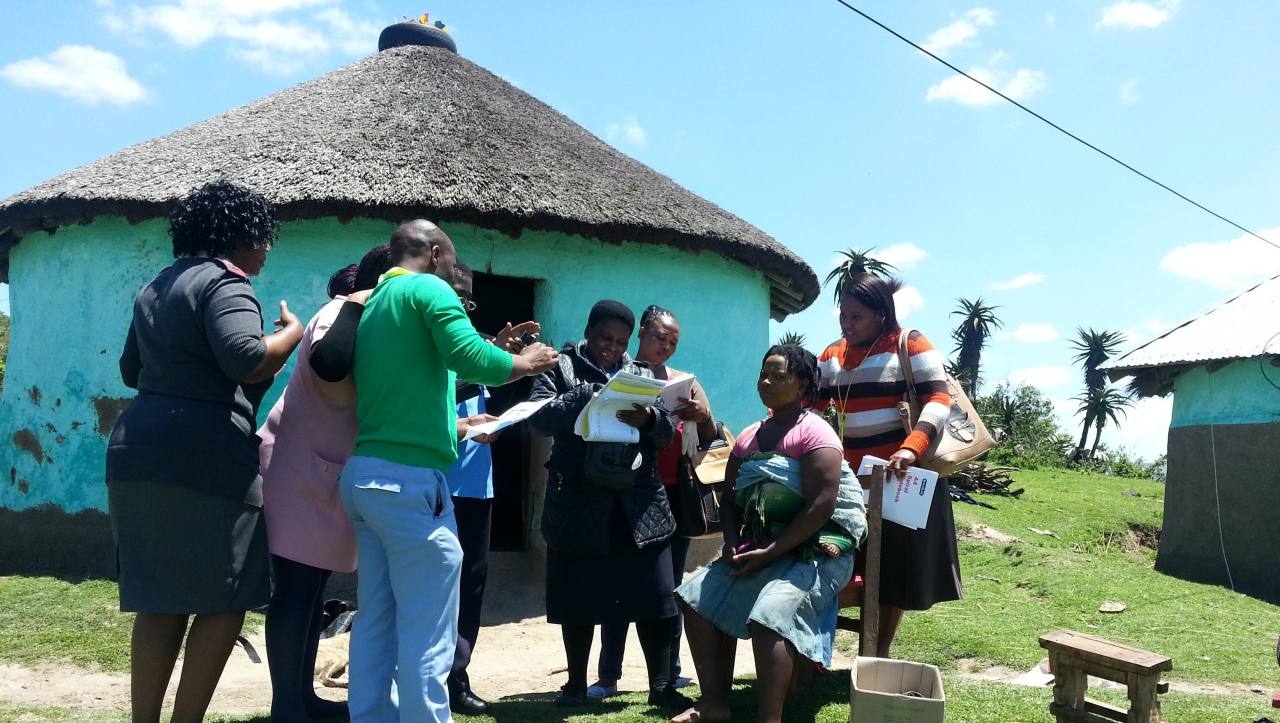 Field visit of the first pilot where both the paper-based data collection and the cellphone application was used.